A trip in the jungle of Africa. What are our companies doing there? Good business? Bad business? Nature doesn’t care. Not a damn thing. And that’s a horrible thought.

The horrible indifference of nature

Heart of darkness by Joseph Conrad is a nice and thin novella. For many students this is the reason they include it on their literature list. And that’s an excellent choice, because Heart of darkness is proof that good literature will fascinate even more than a hundred years after the first publishing date. And it proofs that a book doesn’t have to be fist-thick to be interesting.

Heart of darkness begins around 1900 on the boat Nellie in the Thames. There the narrator listens, along with three other passengers, to a story told by Charlie Marlow about his trip down the Kong River. He made this trip in the service of a Belgian firm referred to as the Company. This company brought ivory from the interior of Congo (which was at the time of the story still some kind of private colony of the Belgian king) to Europe.

By working as a captain for the Company, Marlow gets the chance to visit areas in Africa that were still a white spot on the map during his youth. He’s looking for adventure, and he’s going to get it. Immediately at the Company’s Station in Congo, the inefficienty and cruelty of trade stand out. Marlow sees broken and rusted rails, wagons, machine parts and building materials lying around everywhere. And he sees natives, emaciated and chained, who have to work for Europeans or die a slow painful death without anyone caring a bit.

At the Company’s Station, Marlow meets an accountant. This man, smartly dressed as a weapon against the chaos around him, gets quite irritated when a seriously ill man is placed in his study. He is afraid that the moaning of the sick man lets him make accounting mistakes. For the same reason he hates the noise the natives make. From the Accountant, Marlow hears the first stories about the mysterious Kurtz, a merchant who delivers more ivory than all the other merchants put together.

Marlow leaves the Company’s Station and travels for fifteen days to what’s called the Central Station. It is a journey of 200 miles through the tall grass of the savannah. At the Central Station lays the boat with which Marlow has to sail on the Kong River. Unfortunately, it’s sunken to the bottom of that river. Marlow has to wait for months for the rivets that he needs to repair the boat, knowing they’re nearly tripping over them at the Company’s Station. At the Central Station Marlow meets the Manager. He tells Marlow that he has to pick up Kurtz because he is said to be ill.

After the boat is made, Marlow sails up the Kong River. The Manager, some pilgrims and a number of natives (referred to as ‘cannibals’) sail with him as crew. The deeper they go into the jungle and the closer they get to Kurtz, the more terrifying it gets. Most of the time it is quiet, but at night there is ominous rumbling behind the curtain that the trees form. At another moment, they are surrounded by dense fog, from which wild cries. Closer to Kurtz, they are bombarded with spears and arrows.

“Going up that river was like travelling back to the earliest beginnings of the world, when vegetation rioted on the earth and the big trees were kings. <…>
you lost your way on that river as you would in a desert, and butted all day long against shoals, trying to find the channel, till you thought yourself bewitched and cut off for ever from everything you had known once – somewhere – far away – in another existence perhaps. <…>
And this stillness of life did not in the least resemble a peace. It was the stillness of an implacable force brooding over an inscrutable intention. It looked at you with a vengeful aspect.”

The Supreme Being Kurtz

During the journey, Marlow hears the most fantastic stories about Kurtz. Meeting this man becomes his personal mission. Once he arrives at Kurtz’s station, he first speaks to a Russian merchant, whose suit has been patched with so many colored patches of cloth that he looks like a Harlequin. To this Harlequin, Kurtz is a kind of supreme being, with whom you don’t talk, but who you listen to. Repeatedly he tells Marlow that Kurtz has broadened his mind. He also explains that the locals attacked Marlow’s boat because they don’t want Kurtz to be taken from them.

The meeting with Kurtz is a terrifying and religious experience for Marlow. He sees that Kurtz’s hut has no fence, but is surrounded by posts on which heads are impaled. Kurtz himself is carried around on a stretcher, because he is too weak to walk. However, his voice is strong. Just like his willpower and the fiery look in his eyes.

Kurtz doesn’t want to go back. At night, he tries to escape on all fours. When Marlow catches him, Kurtz tells him he still has big plans. The next day, the many followers of Kurtz come to the shore to prevent the boat with Kurtz from leaving. Marlow whistles the ship’s horn to scare them off, but that only partially helps. Finally, the men on board open fire. On the way, the boat breaks down again. During this interruption Kurtz gives Marlow a package of letters. He dies shortly afterwards. His last words:

What does Kurtz think of when he says this sentence? Perhaps the way European companies raid Africa. For the home front the Company presents their business as something more than trade. They pretend to also bring light, order and civilization to “the dark continent”. Marlow has a different experience. And also Joseph Conrad himself saw during his own trip in Africa that reality contrasted sharply with the stories that the trading companies told about their missions at home in Europe. It is striking however, that Kurtz speaks the words about horror. He is the most successful trader of all. He is also the one who has abandoned any distinction between good and evil and is nevertheless (or precisely because of it) held in high esteem by the locals.

“The horror! The horror! ” seems to refer more to the influence the jungle has on those who penetrate it. The vast majority of Heart of Darkness is about the journey deeper and deeper into the jungle. The meeting with Kurtz and the journey back only take up a relatively small part of the novella. In the way Marlow tells the story, it becomes clear that in the jungle more and more civilization is disappearing and instinctive impulses are getting closer to the surface. An example is the history of his predecessor Fresleven, the nicest man on earth, who argues about two chickens and is murdered. Marlow sees his remains lying on a bank, overgrown with grass. A symbolic sign that the jungle is in control of man.

Kurtz has completely surrendered to the jungle and the total freedom he has, with his power without social correction:

“<…> it had taken him, loved him, embraced him, got into his veins, consumed his flesh, and sealed his soul to his own by the inconceivable ceremonies of some devilish initiation.”

For the people around him he has thus become a kind of supreme being. For example, the Harlequin thinks that Kurtz has achieved a status so godlike that ordinary people can no longer judge him. But Kurtz pays a very high price for this. Because at the mercy of total freedom, the distinction between good and bad has also disappeared:

“But his soul was mad. Being alone in the wilderness, it had looked within itself, and, by heavens! I tell you, it had gone mad. <…>
I saw the inconceivable mystery of a soul that knew no restraint, no faith, and no fear, yet struggling blindly with itself.”

The total emptiness stares at Kurtz. He can do whatever he wants with impunity, but every action has become meaningless. The jungle continues to proliferate and nothing else. That’s the real horror. It destroys Kurtz and he becomes mentally and physically totally exhausted .

A year after returning to Europe, Marlow visits Kurtz’s fiancé to hand her the letters of Kurtz. She is still mourning, claiming that no one knew Kurtz as well as she did. When she wants to know what Kurtz’s last words were, Marlow is lying. He says that Kurtz pronounced her name before he died. Thanks to this lie, her image of Kurtz remains. Is that hypocritical about Marlow? Yes, but you could also say that Marlow is covering reality with a lie because the truth would not be understood. And more generally, our world view (or civilization) may be nothing more than a fantasy with which we cover our instinctual impulses. But this fantasy is our only salvation against the utter indifference of nature. 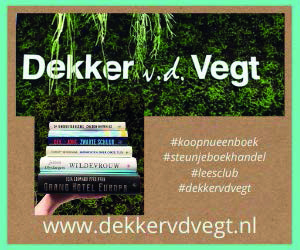